What is Reflux Disease?

Gastro-esophageal reflux, also known as acid reflux, occurs when the stomach contents reflux or backs up into the esophagus or mouth.

Reflux is a normal process that occurs in healthy infants, children, and adults. It’s normal to have a small amount of refluxed acid contents in the esophagus, particularly after meals.

Most episodes are brief and don’t cause bothersome symptoms or complications. This is known as physiological reflux.

In order for the development of GERD there needs to be either increased esophageal exposure to gastric juice or the anti-reflux barrier protecting the cells lining the esophagus is significantly weakened.

When the anti-reflux barrier is compromised, for example in the development of an anatomical defect such as a hiatus hernia (a common condition where a part of the stomach slides or protrudes from the abdomen into the chest), then we see the occurrence of increased reflux events. These increased events mean more exposure of the esophageal lining to acid. 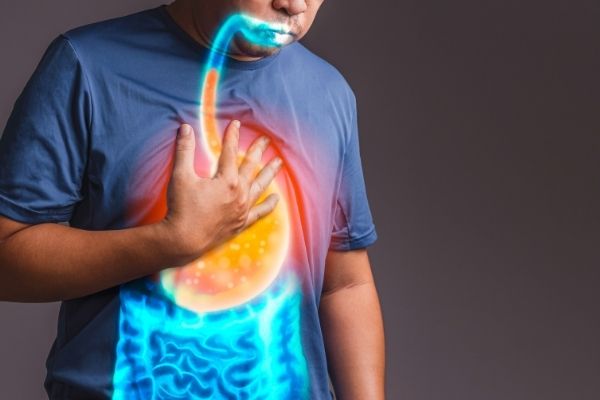 I should point out that in individuals who have a normal reflux exposure in their esophagus – symptoms and complications of GERD can still occur when there is visceral hypersensitivity [the term used to describe the experience of pain within the inner organs (viscera) perceived at a level that is greater than normal].

The more problematic and often challenging symptoms associated with GERD are chronic cough, hoarseness, globus sensation (feeling of a lump in the throat), throat clearing and asthma.