Should raw sushi-eaters be worried about tapeworms? 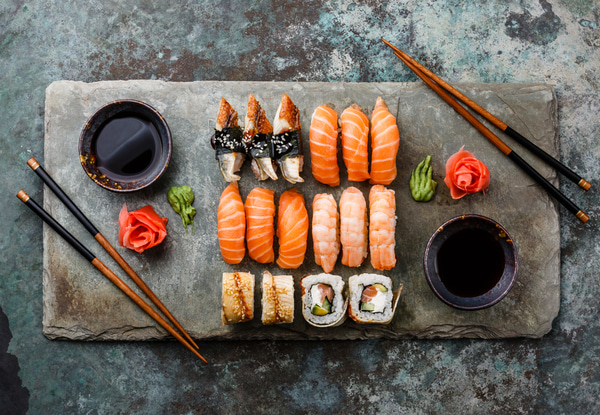 Australians love their sushi and consume more than 115 million servings of seaweed-wrapped rolls and sashimi (slices of raw fish) per year.

But a story doing the rounds this week is enough to scare anyone off their raw salmon lunch.

A Californian man presented to his local emergency department with abdominal cramps and bloody diarrhoea – caused by a 1.5-metre tapeworm.

He seems to have contracted the parasite from raw sushi, which he ate most days.

Read more: Health check: the low-down on ‘worms’ and how to get rid of them

Tapeworms are flat, segmented worms that live in the intestines of animals and humans.

The tapeworm the Californian man contracted was most likely fish tapeworm, or Diphyllobothrium latum.

It is the longest tapeworm found in humans – it can reach 10 metres in length and live for up to 20 years.

The life cycle of the fish tapeworm is complex. Eggs from infected animals and humans are passed from faeces into water, where they hatch. This first stage of larvae is ingested by crustaceans.

The larvae mature into a second stage in crustacaeans, which are then ingested by fish. When humans eat these fish in a raw or undercooked form, the larvae attach to the wall of the small intestine and can eventually develop into full-length tapeworms.

Very often, fish tapeworms do not cause symptoms. When symptoms do arise, they are usually non-specific and can include diarrhoea, abdominal pain, vomiting and weight loss.

It’s really difficult to make the diagnosis of fish tapeworm simply by accounting for gastrointestinal symptoms. It’s only through careful history taking, including assessing a patient’s dietary history, that clinicians would even consider such a rare diagnosis.

The US Centers for Disease Control and Prevention has recognised a heightened risk of fish tapeworms being found in Pacific Ocean salmon, including Alaskan wild salmon. This may be the source of the fish tapeworm found in the Californian man.

Other parasites can be found in raw or undercooked seafood, including Anisakis. Anisakis larvae grow to a much smaller size than fish tapeworm (up to 3cm) but can cause severe pain in the upper abdomen shortly after eating infected fish.

Read more: They might sound gross, but intestinal worms can actually be good for you

Thankfully, it is incredibly rare to contract a parasitic infection from eating sushi or sashimi in Australia. There has been only one documented case of infection by a close relative of fish tapeworm (Pacific broad tapeworm), and one case of Anisakis infection.

For tuna and other fish occasionally used in sushi, such as kingfish, there is an opportunity to detect cysts and larvae when they are first processed (during the gilling, gutting and filleting process). 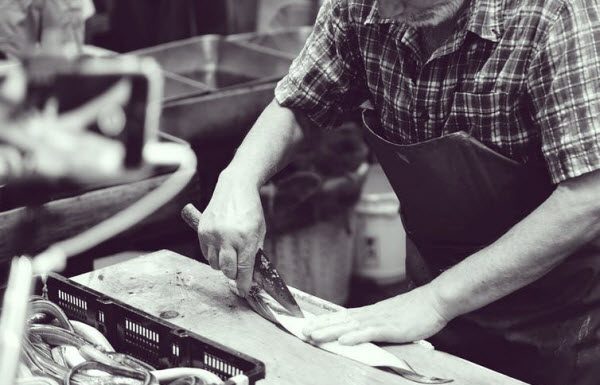 Fish buyers then actively look for cysts and larvae when inspecting tuna at fish auctions.

Finally, when trained chefs prepare the sushi, they carefully slice the fish into thin portions (3-10mm), which increases the likelihood that they will detect any parasites.

You can also freeze your sushi before eating it. The US Food and Drug Administration recommends raw or semi-raw seafood be blast frozen to −35℃ or below for 15 hours, or be conventionally frozen to −20℃ or below for 7 days, as this will kill any parasites in the fish.

Even though the risk of contracting parasites from eating sushi in Australia is very low, pregnant women and people with compromised immune systems should avoid raw or undercooked fish and seafood.

Read more: A new approach for controlling intestinal worm infections could help millions of the world’s most vulnerable people

The good news is that even if you are unlucky enough to contract a tapeworm from eating sushi, it’s very treatable. A single dose of the antiparasitic* drug praziquantel can effectively treat fish tapeworm.

* Correction: this article originally referred to praziquntel as an antibiotic rather than an antiparastitic drug.